My hubby was unlike any other guy I had ever dated.  Before we were really like “an item” only friends. We were working together on a project at church and had to run to the grocery store.   We were standing together at the check out line and he grabbed a cosmopolitan magazine (which, as usual paraded a beautiful nearly nude woman with every other article featuring something about  sex).

You can imagine I am a little nervous at first as he grabs the magazine, but he did something strange…something I had never seen done before….as quickly as he grabbed it, he turned the magazine backwards and then set it back on the stand. Then looked back at me as if it was a totally normal thing and proceeded to continue our conversation.

Dumfounded and confused I said, “why did you do that….that thing with the magazine?”
Casually with a shrug he replied, “Oh to protect my eyes.  I just don’t want fake images in my mind to compare my wife to one day” 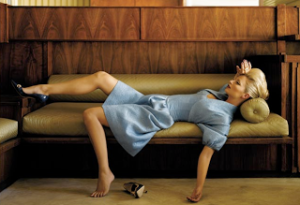 He had me at “protect my eyes”

As I found out more about this  totally weird…in a really good way… guy I also realized he had protective programs on his computer from unwanted internet distastefulness.  He even asked himself questions like, “would I be comfortable bringing everything I watched, listened to or read to church with me on Sunday?”

Who was this guy and where had he been all my life?

Eager to tell my friends about this new guy. I specifically remember having the conversation with one of my dear friends “Jessica” (we’ll call her).  She was beautiful.  Likely one of my most beautiful friends.  She was popular smart and had no problem getting boyfriends.  But, like most of my sorority girl friends, she liked to party, hook up with guys, and place Jesus  in a convenient little box, careful not to let Him get in the way of her having fun.

She seemed spellbound but also totally in love with the idea that there were guys out there like this.  She decided she is worthy of a guy like that and with determination she told me, “I’m gonna marry a guy like that.”

I don’t know why I was so surprised to hear her say that, in fact most my friends who heard about this guy “protecting his eyes for his future spouse” all had their hearts flutter like a teenage girl at a one direction concert at the very idea that this type of guy existed. 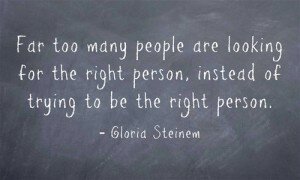 I didn’t know what to say to Jessica in that moment of her genuine desire to have all these things in her Mr. Right yet hope to find him while not spending any time BECOMING Mrs. Right.

No matter how beautiful or talented she is, guys that are pursing Jesus are looking for a lady that is traveling in the same direction.  The type of guy that is protecting his eyes and his body and whole heartedly pursuing Christ, is not looking for the girls at the bar with tons of sexual experiences under her belt.

It’s like Jessica was headed east and her dream christian man was headed west and she somehow thought they would meet up in the same place and live happily every after with sunshine and rainbows.

I don’t know why I didn’t see it earlier. I was the EXACT same way just a few months before we had this very conversation.  I had recently become a Christian and Jesus had just pulled a total 180 on my life.  I too dreamed of marrying a kind man who would love me just as as Christ loved the church.  I dreamed of him protecting me and him being the spiritual leader of our family one day. 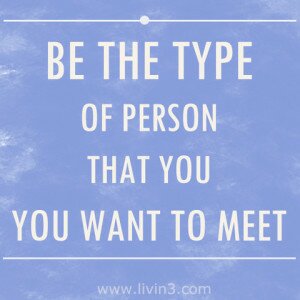 I realize now how hypocritical I was in wanting my dream guy to protect his body, protect his mind, pursue christ, and not having any debt and being devilishly handsome would be a nice bonus.  All the while I assumed I could do as I pleased and expect dream-Jesus-loving-guy to pursue me?

How did this ever make sense to me? And how does this still make sense in the mind of singles everyday?

In Andy Stanley’s love sex and dating series ,and book, he poses a simple yet profound question he asks singles to ask themselves before perusing any relationship:

Are you the person you are looking for, is looking for?
link to his video sermon on this question (psssss..it’s awesome)

The pursuit of a romance to make all your dreams come true is not only impossible but totally unfair to put that burden on another sinful human being.  Jesus is the only one that can truly fulfill you.

Now before you tell me there are no more Christian “fish” left in the sea and nobody else does this.  I think what you really mean is no one  you KNOW does this.

Cars that pass each other going opposite directions on the highway rarely make eye contact.  If you are headed east with Jessica then you don’t truly know what’s happening on the route in the opposite direction.  But if you decide to commit to BECOMING who you are looking for is looking for by going to the right places and and not just believing in Jesus but FOLLOWING him, you will meet the right people

For example, I bet you didn’t know that there are approx. 10 MILLION people on the this planet that identify themselves as a “Bronie” which is some kinda werido “my little pony” uber obsessed GROWN UP MAN.  (No seriously I wish I was kidding, but it’s a thing)

Then not to worry my friends 1/3 of the earths population identifies themselves as christians and there are  90-100 million sold out legit believers in the U.S. alone(source).

When you begin to pursue the teachings of Christ I have no doubt you will quickly meet the right people who are doing the same thing.

What do you think about “becoming who you are looking for is looking for” If you are married did you do this while you were dating?

If you are single, what direction are you headed?